Pistols, Peaks and Punctures – all in a weeks work.

TXM Recruit Ambassador, Robbie Hunter-Paul has confirmed the five-day, over 300 mile off-road cycle challenge was a huge success raising more than £30,000 for charity, (50% more than the previous year).

We caught up with the ‘recovering’ former New Zealand Rugby International Hunter-Paul who shared his memories of the week.

“It was physically the toughest week I have spent on this planet. I have never in my life taken part in any type of endurance activity. I look after myself and train at least 5 times a week but the type of training I do is normally of high intensity but short duration, I never train longer than 35 mins at any one time. On this cycle challenge we were out on our bicycles for a minimum of 11 hours for the first four days and 7 hours on the final day. 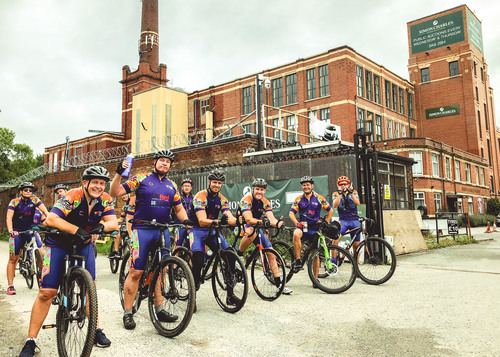 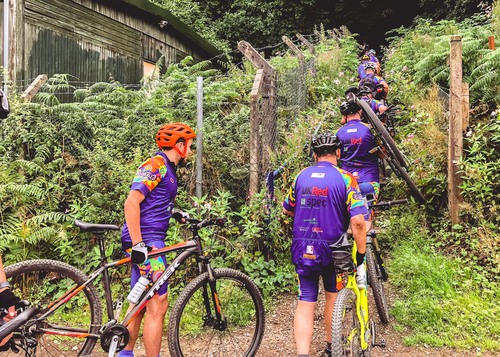 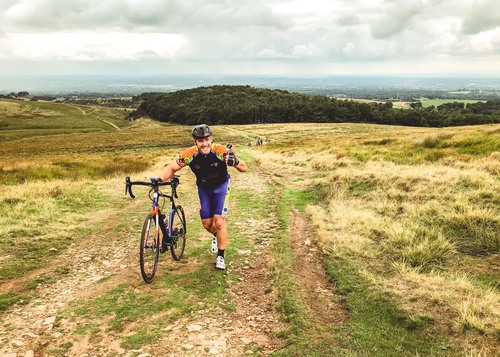 “We started the week really tough by travelling into the Peak District. The organisers had not actually travelled the route beforehand and had planned the journey remotely from their homes in Yorkshire. Well to make a long story short we literally had to carry our mountain bikes over two mountains. We kept spirits up by changing the title of the challenge from the Bike to Wembley to the ‘Hike’ to Wembley (that’s as good as the humour got). It was wet, cold and exhausting and that was only day one. 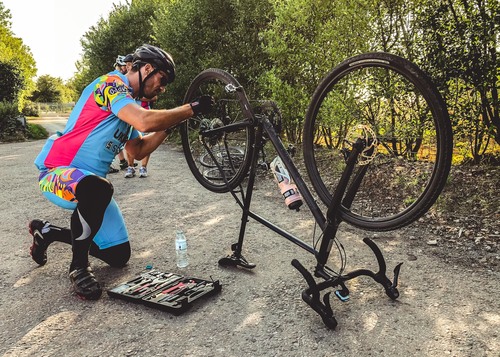 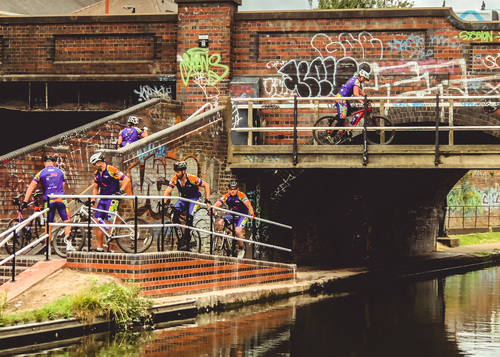 “Day two and we were still in the Peak District so again starting the day carrying our bikes up and down another of the ‘Peaks’ and after twenty miles of that we were introduced to 60 miles of canal tow paths. Most would think this would be a welcome change to the Peak District, but I can say that only 10% of the Tow paths in the UK are tarmacked with the other 90% being bumpy, rock strewn, mud lined tracks made for pedestrians not cyclists. 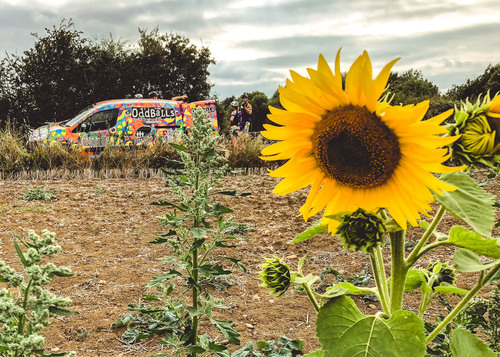 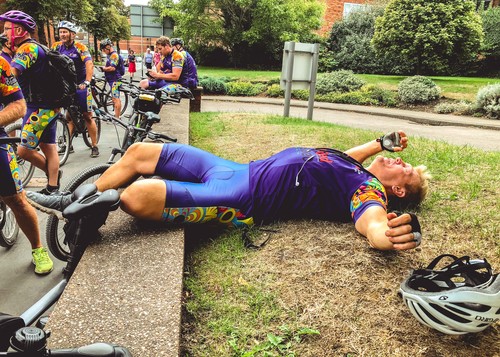 “Between Tuesday and Thursday, we covered over 220 miles of off-road cycling through forests, woods, old stream beds and more canal tow paths. There were also stretches of road we would use when no other pathway was available, but these normally consisted of the steepest and longest uphill slogs.

“It was one of these road segments where we came across one of our more colourful experiences. A breakaway group consisting of mainly the ex-professional players whom wanted to reach the hotel a little earlier headed off with former England International, Gareth Ellis leading the way. Gaz as he’s known, had a route finder and it brought us to a gated driveway saying, ‘Private Property’. Unlike most Satnav devices these route finders do not reroute themselves, so we decided to go through the property anyway to avoid getting lost.

“We were no more than 50 metres down a very well-manicured driveway when in the distance a fully blacked out Range Rover came screaming into view with blue and white lights flashing. It pulled up roughly 100 metres from us and two fully armed special services officers got out of the vehicle and screamed ‘Turn around and walk directly back to the gate now, you are in breach of national security!’ They didn’t ask who we were or what we were doing they just told us to get back to the gate.

“After a little while and realising we weren’t a threat, one of the officers relaxed a little and thought the situation humorous (7 fully grown ex-professional rugby players dressed in multi-coloured lycra will do that). We had a chat with him and asked where we had stumbled onto, he said he couldn’t tell us. Then another former international Andy Lynch asked if we could have a photo with him and he replied in no uncertain terms, No!

“Up the road we came across a couple of local walkers and asked them where we had stumbled upon and they said it was Chequers, holiday home of the Prime Minister and they believed she was in residence at that time, one of us said we were lucky we made the quick ‘BREXIT’ (I told you we weren’t very funny). This little brush with the special forces meant the following groups caught up with us and we all made our way to the hotel for the final night together. 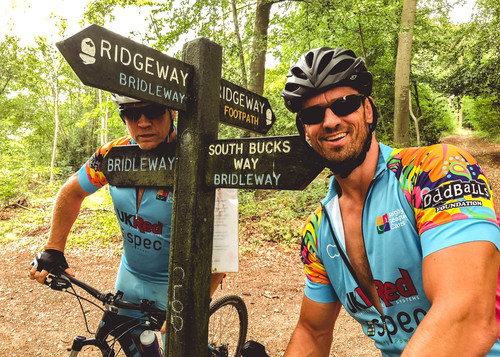 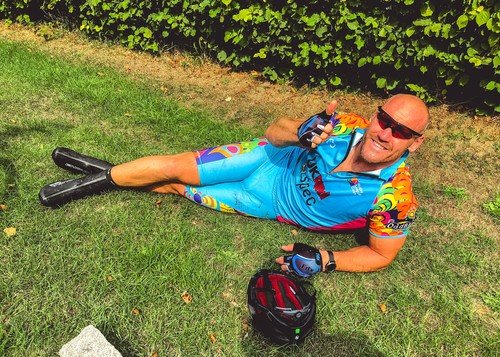 "The final day was another 50 miles and once again along the canal tow paths and by then my backside had completely given up on me but that wasn’t the worst thing on that last day. As we neared civilisation (if you can call inner city London that) people walking along the canal paths with their headphones on become the scariest thing to contend with, and quite a few times a few of our party came off their bikes trying to avoid collisions with the locals.

“Me personally I got the first puncture of the trip on day 1 so it was only fitting I got the last one also (I actually got two in the last ten miles) and we made running repairs, so I could limp over the finish line. 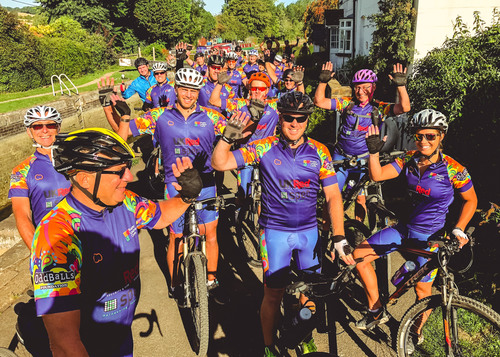 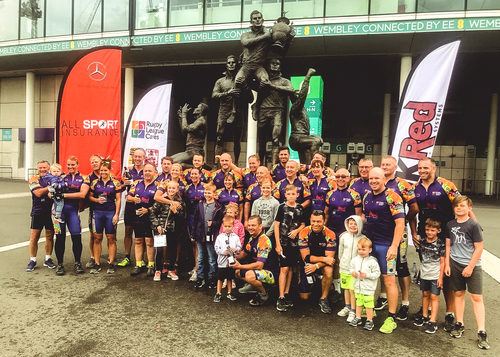 “This was truly an expedition to remember for me. It was incredible for me to see everyone push themselves for such great causes. Charities that are making such a huge difference to so many lives and, in many cases, saving them.

“Personally, I wanted to express my gratitude to TXM Recruit for all of their support over the past two months. TXM stands for The Xtra Mile, and like the support they have shown our charities over the duration of our journey, I like to think that everyone on the adventure also in their own way went The Xtra Mile as well. Actually I think due to how often we got lost and having to find our way again we collectively went an Xtra twenty miles or so!”

If you would like to get involved and help Robbie Hunter-Paul and the team support some great charities click here.

10 years at TXM – Adam Knight, reflecting on a decade

If you'd like to keep up to date on any new roles, register your details and upload your CV.

If you're looking for recruitment support or would like to get in touch with the team, contact us today!

Part of the TXM Group